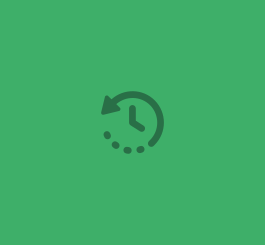 Since 1999, the Working Group ‘Mundos do Trabalho’ (Worlds of Labor), a working group associated with the National History Association (ANPUH), has brought together historians and other scholars dedicated to the study of labor from a historical perspective, organizing and promoting conferences at regional, national and international levels. Since 2009, it has published the scholarly journal ‘Revista Mundos do Trabalho’ (https://periodicos.ufsc.br/index.php/mundosdotrabalho/index).

The group is dedicated to promoting, organizing and publicizing studies about labor history in Brazil, embracing all the geographical and thematic diversity, as well as theoretical perspectives, that comprise the field. It is also devoted to promoting and supporting the exchange between labor historians in Brazil and fellow researchers and institutions abroad, with particular attention to Latin America and the Global South.

The National Association of Labor History (Associação Nacional de História do
Trabalho) –  established in 2019 and currently looking for official registration – takes on and continues this legacy, giving institutional structure to the long collective experience of intellectual and political exchange of a group of labor historians belonging to different academic institutions from all parts of Brazil who were associated with ‘Mundos do Trabalho’. The National Association of Labor History will gather hundreds of researchers from every corner of the country, and will also be open to the association of scholars and other researchers from other parts of the world who are interested in the field of labor history in Brazil.

The Social History of Labor field already has a solid tradition in the area of History. Despite moments of greater or lesser visibility, it has maintained a continuous historiographical production of high academic quality, renewing itself in methods and approaches. Setting up the Working Group ‘Worlds of Labor’ within the National History Association (NHA) was a logical development of a “return” to the History of Labor, which can be seen in the increase in the number of scientific initiation research projects, Master’s dissertations and doctoral theses within this field.

During the XX National History Symposium (ANPUH- Florianópolis, 1999), a group of researchers from Rio Grande do Sul decided to hold a meeting to institutionalize a debating practice that had been taking place routinely in different academic situations and so the first regional nucleus of the Working Group was set up. A short time afterwards, a group of researchers from São Paulo took the same initiative. In 2000, these two groups proposed the institutionalization at a national level to the
ANPUH’s (Brazilian National Association of History) board, which was approved in December, 2000. In the following years, the GT became organized in many other states, such as Mato Grosso, Rio de Janeiro, Santa Catarina, Paraná, Bahia, Amazonas, Amapá and Ceará. Other state organizations are following suit.

Since 2001, the Working Group ‘Worlds of Labor’ has taken part intensely in all the biannual National Symposiums of the NHA, generally with two or three thematic sessions, sometimes four, always full and bringing together a wide range of subjects and researchers from various institutions of Brazil. In the Regional Nucleus Meetings of the NHA, the Working Group already has a tradition of participating vigorously. In addition, it has already held six National Labor History Congress (Pelotas, 2002; Florianópolis, 2004; Niterói, 2006; Criciúma, 2008). In 2010, the International Labor
History Seminars started to happen and have since taken place, at the same time as the National Labor History Congress. The first took place in 2010 and was held in the UFSC, in Florianópolis, the second in FGV, in Rio de Janeiro in 2012, the third in 2014, took place at UNEB, in Salvador; the fourth was in UFAM in 2016 and the V International Seminar was held in UFRGS. The VI World of Labor International Seminar / X National Labor History Congress was going to take place at
UFRuralRJ in Rio de Janeiro, but it was cancelled owing to the Corona vírus pandemic. The event’s Organizing Committee decided, in this case, to hold a cycle of Webinars, starting in November, 2020.

The renewed interest in the social history of labor studies has become apparent in the growing number of Brazilian and foreign participants in Working Group meetings, both researchers and the academic public. Participants’ production has been more substantial, as can be seen from the books that were published and organized in recent years. In addition, it has already been made possible for
some dossiers about labor matters in History journals published by post-graduate departments and programmes of various Brazilian universities and abroad. The Working Group itself has published the magazine Revista Mundos do Trabalho twice yearly since 2009.

The group has a growing international presence. Its members have links with teaching and research institutions in the labor history field in many parts of the world, such as the Social History Institute in Amsterdam (IISH, Holanda), the International Research Center – Labor and Life Cycle in Global History in Berlin (Re:Work, Alemanha) and International Social and Labor History Conference
(ITH, Áustria). Moreover, the group has links with the academic circuits of the so-called “Global South”, with its members participating in events all over Latin America, Africa, India and also Europe and the United States. It has organic partnerships with many instituitions, such as REDLATT, the Associación Latinoamericana e Iberica de História Social, The Labor and Working-Class History
Association and the Indian Labor History Association (AILH). More recently, from 2020, Worlds of Labor joined the International Association of Labour History Institutions – (IALHI), to which the entities that generate the documentary legacy of working class organizations belong, and whose objectives are the exchange of experiences for the preservation and provision of collections about the history of the left-wing, labor and of workers.

The subjects, objects and content of the research and debates are extremely diverse and the Working Group is open to all those who are interested in the history of workers in general, as well as in the innumerable aspects and approaches that it comprises, including theoretical and methodological perspectives. In addition to the studies about the working class movement, the Working Group ‘Worlds of Labor’ has brought together scholars of the most diverse social movements of urban and rural workers, their organizations and battles, life forms, communities, support networks, sociability and associativism. An important part of their production and debates are the studies about the diverse forms of exploitation of labor, and of enslaved workers’ life and struggle for rights, freed and free and the setting up of connections between slavery and post-abolition. Furthermore, interest in research in feminism, gender relations and the social history of labor has grown.